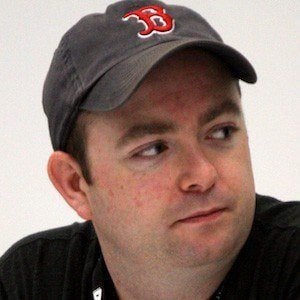 Voice actor best known for playing Grapefruit in the web series The Annoying Orange. He also has his own YouTube comedy channel called bobjenz and gaming channels titled Zombie George Washington and leprechaun.

He created both his bobjenz and leprechaun YouTube channels in 2005.

He got engaged to a math teacher who is known on Twitter as EGMars93.

He and Dane Boedigheimer are two of the most used voice actors for the Annoying Orange series.

Robert Jennings Is A Member Of