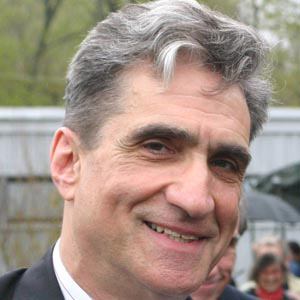 American poet, translator, literary critic, and United States Poet Laureate (1997-2000) who is known for The Want Bone, Selected Poems, and other works. He also served as poetry editor of Slate magazine.

He studied at Rutgers University and Stanford University. He published his debut poetry collection, Sadness and Happiness, in 1975.

He once played saxophone. In fact, jazz music, with its elements of improvisation and deep emotion, became a major influence on Pinsky's poetic work.

He married psychologist Ellen Jane Bailey in 1961. The couple had three children.

His translation of Czeslaw Milosz's The Separate Notebooks received much critical acclaim.

Robert Pinsky Is A Member Of