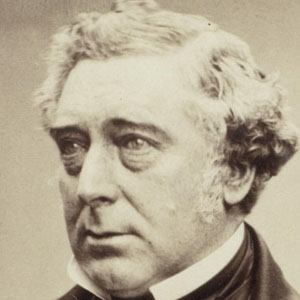 Railway pioneer who is widely considered one of the most important engineers of the nineteenth century. He was President of the Institution of Mechanical Engineers and Institution of Civil Engineers.

He attended Edinburgh University and worked as a mining engineer in Colombia for three years.

He designed Montreal's Victoria Bridge, which became the longest bridge in the world.

His father is George Stephenson, who built the first public railway for steam engines.

He and Isambard Kingdom Brunel are both famous railway engineers.

Robert Stephenson Is A Member Of