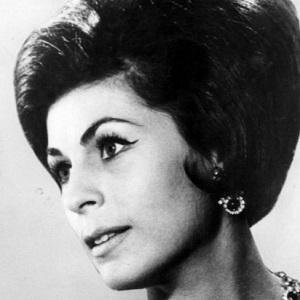 Soprano singer who was a mainstay of opera companies for over three decades and appeared in shows like Lucia di Lammermoor.

She started voice lessons at age thirteen, encouraged by a well-known opera tenor.

She received a National Medal of Arts in 1998 for her contributions to opera.

She married Robert Merrill; they divorced after two years.

She appeared on the Ed Sullivan Show sixty-five times.

Roberta Peters Is A Member Of