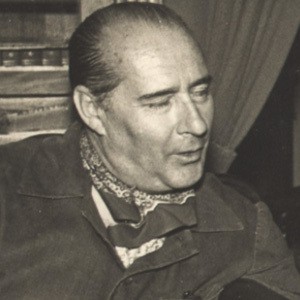 One of the most important directors in cinematic history who contributed to Italian neorealist film with movies including Rome, Open City (1945), Paisan (1946), Germany, Year Zero (1948), and General Della Rovere (1959).

He made a debut documentary called Prélude à l'après-midi d'un faune in 1937. His first feature is titled The White Ship (1941).

Rice University invited him to help establish a Media Center in 1971. Two years later, he was invited to teach at Yale University and taught a one-semester course called "The Essential Image."

His brother Renzo scored many of his films. He had six children from four wives including Renzo Rossellini and Isabella Rossellini. His third wife was Ingrid Bergman.

Martin Scorsese is his posthumous ex-son-in-law.

Roberto Rossellini Is A Member Of