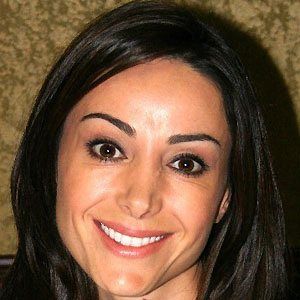 She played Jenny Calendar in the television series Buffy the Vampire Slayer and also worked as a dancer for Prince.

Inspired by the 1983 movie Flashdance, she started taking after-school lessons, eventually earning a scholarship to the Dupree Dance Academy in Hollywood.

She and another dancer were chosen by Prince as his backup dancers, Diamond and Pearl, and she also acted as his informal spokesperson when he refused to talk to reporters.

She was born in Queens, New York, and grew up in Florida and Maryland.

Robia Lamorte Is A Member Of