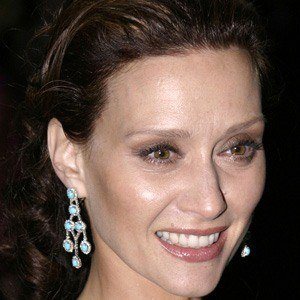 Actress who played Skye Chandler on three of ABC's soap operas--One Life to Live, All My Children, and General Hospital. Fans have referred to her as the Greta Garbo of soap operas.

She turned down scholarships to Boston College and Boston University in order to move to New York City and pursue acting.

She guest-starred on two episodes of Star Trek: Deep Space Nine in 1993.

She married actor Matt Crane in 2000 and the couple had two children.

Linda Dano played the mother of two of her characters--Skye Chandler and Another World's Felicia Grant.

Robin Christopher Is A Member Of