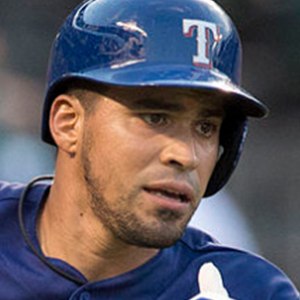 Venezuelan professional baseball catcher who left the Texas Rangers after 6 seasons to join the Houston Astros in 2019. He represented Major League Baseball during the 2018 MLB Japan All-Star Series.

He was undrafted but signed with the Chicago Cubs in 2000.

He played for the Venezuela national baseball team during the 2017 World Baseball Classic.

His wife's name is Heidy. They have sons named David and Julian.

He was managed by AJ Hinch while playing for the Astros.

Robinson Chirinos Is A Member Of