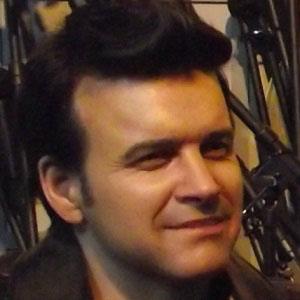 His full name is Joseph Armand Roch Voisine and he was born in Edmundston, New Brunswick, Canada. he studied at studied at École technique de métiers de Lauzon in Lévis and Polyvalente de Lévis before graduating from the University of Ottawa with a degree in physiotherapy in 1985.

He had aspirations of being a professional hockey player before he was injured playing baseball. He was made an Officer of the Order of Canada in 1997.

His father is Réal Voisine, the former mayor of Notre-Dame-du-Lac, Quebec and a former English teacher. His mother Zelande Robichaud worked as a nurse. He has 2 younger siblings named Marc and Janice. He married Myriam Saint-Jean in 2002 with whom he has children named Killian and Alix-Elouan. They divorced in 2007.

He worked with producer David Foster on his most commercially successful album I'll Always Be There.

Roch Voisine Is A Member Of