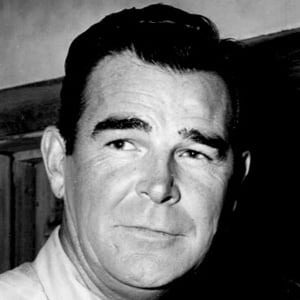 Actor who starred in action serials such as G-Men vs the Black Dragon and crime drama series such as State Trooper.

He was born Nathan Roderick Cox in Calgary, Alberta.

He divorced his wife to marry her mother.

He appeared in an episode of the CBS series, Perry Mason, which starred Raymond Burr in the titular role.

Rod Cameron Is A Member Of