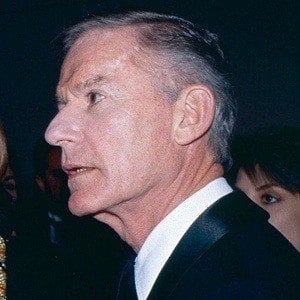 Accomplished actor who played Cornelius and Caesar in Planet of the Apes. He was nominated for the Academy Award for Best Supporting Actor for his performance as Octavian in the 1963 film Cleopatra.

When he was ten, he debuted as an actor with small roles in various movies such as Yellow Sands and Scruffy.

He played a role in the 1967 film The Adventures of Bullwhip Griffin.

His mother was an aspiring actress and his father was a merchant seaman.

He was in the original Planet of the Apes, which was remade by director Tim Burton.

Roddy McDowall Is A Member Of