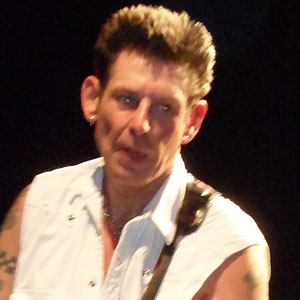 British guitarist who blended ska, rockabilly, and danceable beats with his 2-Tone and ska revival band The Specials.

He was influenced by a range of musicians, from Elvis to Jimmy Dean.

He has referred to his style of music as "Skabilly," a term he coined in 1981 in an interview with the Face Magazine.

His dad was a trumpet player, as was his grandfather.

His first group, the Wild Boys, was inspired by Lou Reed.

Roddy Radiation Is A Member Of