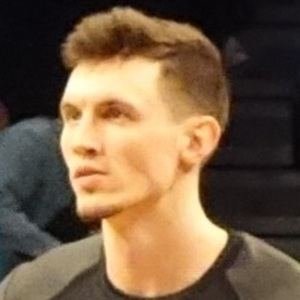 Second round pick of the Brooklyn Nets in 2018 who previously spent time with FC Barcelona, helping them win the Spanish Cup in 2018.

In 2014, he signed a multi-year contract with the Latvian club VEF Rīga.

He originally entered his name into the 2017 NBA draft, but ultimately withdrew.

He was born in Cēsis, Latvia.

He became teammates of Joe Harris and D'Angelo Russell as a member of the Nets.

Rodions Kurucs Is A Member Of