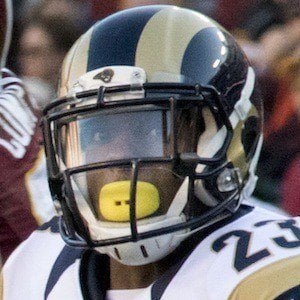 Safety who began his NFL career with the St. Louis Rams, signing as an undrafted free agent with the team in 2012. After four years with the Rams, he signed with the Philadelphia Eagles in 2016. He helped the Eagles win Super Bowl LII in 2018.

He played collegiate football for the University of Virginia.

During the 2015 season he was ranked 4th in tackles amongst all safeties in the NFL by Pro Football Focus.

He is the son of Rodney McLeod Sr. and Kimberly Holloman.

He and Carson Wentz became teammates on the Philadelphia Eagles.

Rodney McLeod Is A Member Of