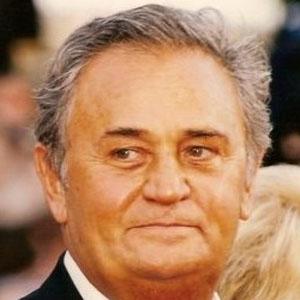 Although he also appeared in Breathless, Le Miracle des Loups, and numerous other French films, Hanin is best known for his starring role in the long-running police series, Navarro.

Early in his career, he played a bodyguard in a 1953, Bernard Borderie-directed feature titled La Môme Vert-de-Gris.

Born Roger Levy, he grew up in Algeria (then called French Algeria) as a member of a Jewish family. Through his marriage to Christine Gouze-Renal, he became the brother-in-law of French President .

Roger Hanin Is A Member Of