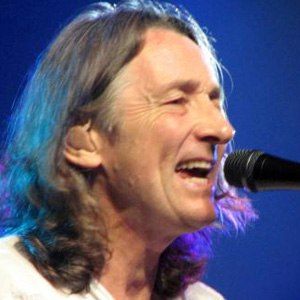 Co-frontman and one of the founders of progressive rock band Supertramp. He wrote most of their hits.

His first band was a guitar-and-drums duo named The H-Bombs.

His father Charles bought him his first guitar. He was a devout vegetarian.

He toured as a member of Ringo Starr and His All-Starr Band in 2001 for which he played lead guitar.

Roger Hodgson Is A Member Of