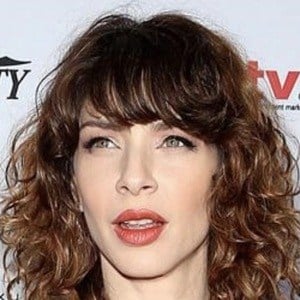 Argentine actress who is known for her appearances in television, feature films, and theatrical productions. She is known for playing Jorgelina in the 2013 Canal 9 series Santos y Pecadores. She is also a singer known for the albums La Rayada and Chiquititas.

She first enrolled in the Andamio 90 and later Santa Ana de Villa Ballester in Gran Buenos Aires. Her television debut occurred in 1998 when she starred in the Canal 13 series Verdad Consecuencia. Her feature film debut came in 2010 when she played Celina in the film El Derrotado.

She has won several awards and honors for her acting including the International Emmy Award for Best Actress in 2014 for her role in Television por la Justicia.

She starred alongside Angela Torres and Gaston Soffritti in the 2018 television series Simona.

Romina Gaetani Is A Member Of