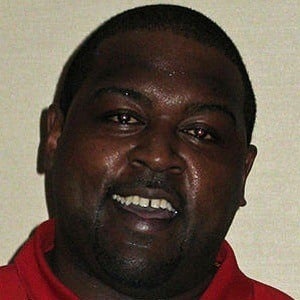 1999 Heisman Trophy winner and consensus All-American who set the record as the all-time leader in rushing yards in NCAA Division I FBS history while playing for the University of Wisconsin. He was a 1st round pick of the New York Giants and also played for the Broncos and Texans over the course of his professional career.

He was a star running back at Overbrook High School in New Jersey and also excelled at track and field. He set a meet record in the discus throw and won state titles for discus and shot put in 1996.

His parents divorced when he was a child. He has children named Jada and Javian.

He surpassed Ricky Williams in the record books to become the all-time leader in rushing yards in NCAA Division I FBS history. His record was then surpassed by Donnel Pumphrey in 2016.

Ron Dayne Is A Member Of