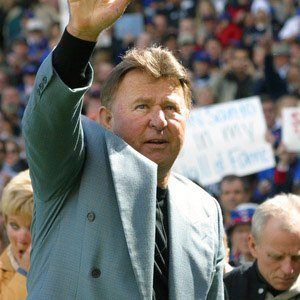 He signed with the Cubs in 1959, and played most of his career as a Cub, until he was traded to the White Sox towards the end of his career.

He was inducted into the Baseball Hall of Fame posthumously in 2012.

He had four kids with his wife Vicky Santo, named Jeff, Ron Jr., Linda, and Kelly.

He and Ernie Banks were both longtime Cubs who were later inducted into the Baseball Hall of Fame.

Ron Santo Is A Member Of