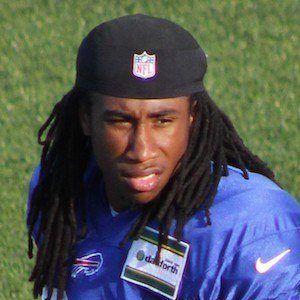 Cornerback who was selected 50th overall in the 2015 NFL Draft by the Buffalo Bills. He was traded to the Philadelphia Eagles in 2017 and he helped the Eagles win Super Bowl LII in 2018.

He played college football at Florida State University and and helped the team win the 2013 BCS national championship.

In 2015, he was named Pro Football Focus' Defensive Rookie of the Year.

He is the son of Ronald Darby Sr.

He became teammates with quarterback Carson Wentz on the Philadelphia Eagles.

Ronald Darby Is A Member Of