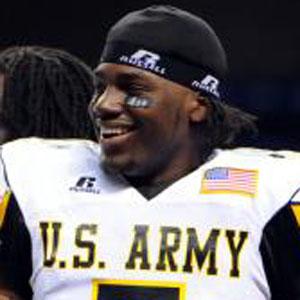 Linebacker who was taken in the fifth round of the 2014 NFL Draft by the New Orleans Saints. He had an injury-plagued career at the University of Florida, tearing his ACL twice in his junior year.

He was the highest-rated prospect in the nation regardless of position by Rivals out of high school.

His mother is Tracy Mitchell.

He became teammates with defensive end Cameron Jordan in New Orleans in 2014.

Ronald Powell Is A Member Of