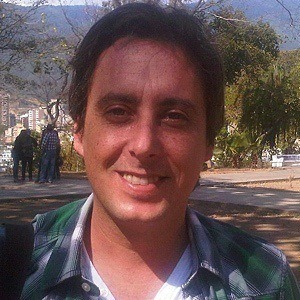 Film and television actor who is best known for his work in the feature film Punto y Raya, for which he was awarded the best actor award at the Gramado Festival. He also starred in the 2006 telenovela Ciudad Bendita.

His first acting gig was in a local theater production of La Mano.

In 2008, he was cast in a production of Mel Brooks' The Producers.

Both he and Édgar Ramírez starred in the film Punto y Raya.

Roque Valero Is A Member Of