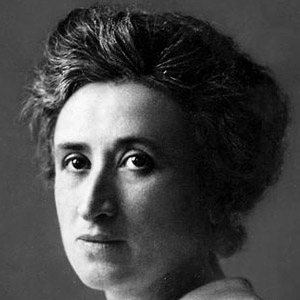 Socialist revolutionary and Marxist theorist who co-founded the group that grew into the German Communist Party.

She attended Zürich University and went on to establish a newspaper called Sprawa Robotnicza (The Workers' Cause).

She was murdered during the German Revolution as a result of her radical political activism.

She was born to Jewish parents living in Russia- controlled Poland.

Rosa Luxemburg Is A Member Of