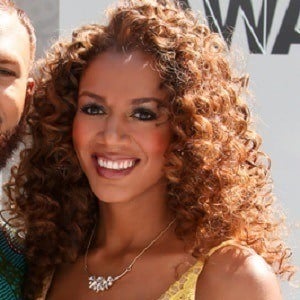 Sports reporter and former college basketball player known for her work with ESPN, the Pac-12 Network, and MSG. She's also served as a reporter and announcer for the Golden State Warriors, San Francisco 49ers, and New York Liberty.

She played college basketball at Stanford while also studying communications. Along with an undergraduate degree in comm, she has a master's in sociology.

While at Stanford, her efforts earned her Pac-10 Defensive Player of the Year honors. She played with the Nigerian national basketball team during their attempt to qualify for the 2012 Olympics.

She was born to Pat Gold and Austin Onwude.

She and Doris Burke are both prominent women in sports broadcasting, and she's credited Burke for helping her hone her craft.

Rosalyn Gold-Onwude Is A Member Of