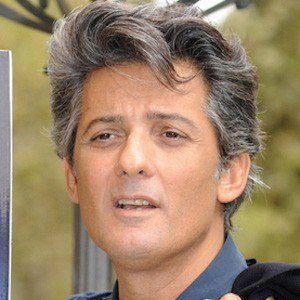 Often known simply as Fiorello, he is a comedian and singer who began his career as a television presenter for the show Karaoke. He then went on to become a radio host and release several albums of celebrity impressions.

His career began as a barman in a number of tourist villages. He then began working as an entertainer and by the late 1980s was discovered by a talent scout.

In 1999, he made his American movie debut portraying Fausto in the film The Talented Mr. Ripley.

His younger brother Giuseppe is also an actor.

Some of his most famous celebrity impressions include Mike Bongiorno and Silvio Berlusconi.

Rosario Fiorello Is A Member Of