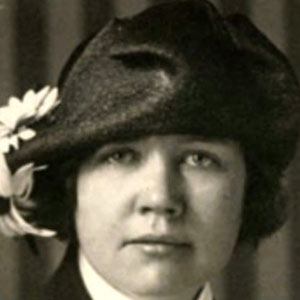 Most famous as the first and only surviving child of Little House on the Prairie writer Laura Ingalls Wilder, Lane became an author in her own right, penning novels, travelogues, and works of political journalism.

After working for several years as a Western Union telegrapher, she began a career as a freelance writer. By the end of the 1920s, she was one of the best paid female journalists in the country.

The extent to which she may have contributed as a writer to her mother's famous Little House series is the subject of much debate; her literary connections certainly helped secure the publication of her mother's books.

She was born in De Smet, Dakota Territory to Laura Ingalls Wilder and Almanzo Wilder, and she spent her childhood years in South Dakota, Minnesota, Florida, Missouri, and Louisiana. Her marriage to salesman Clare Gillette Lane lasted from 1909 until 1918.

She and fellow political theorist Ayn Rand both contributed to the development of the American Libertarian Movement.

Rose Wilder Lane Is A Member Of