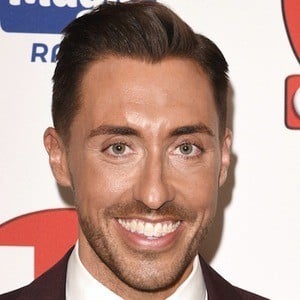 Well known for his role as Jeff Bowyer in the sitcom The Gemma Factor, he later joined the long-running soap opera Hollyoaks as Scott Drinkwell. He received a Royal Television Society Award for Best Performance in a Comedy nomination in 2010 for his role in the former.

He studied performing arts at the University of Salford. Some of his early television appearances include Blue Murder and Emmerdale.

He provided voice over material for Kellogg's Frosties. He worked as an assistant to a producer on Coronation Street.

He moved to Manchester when he was 18 years old. In 2016 he became engaged to Philip Crusham.

He appeared alongside Patrick Stewart in Eleventh Hour.

Ross Adams Is A Member Of