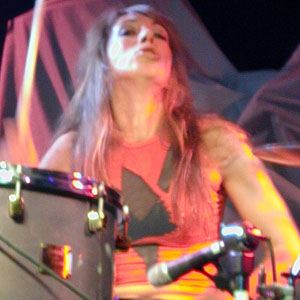 She released her debut album with Madam X called We Reserve the Right in 1984.

She was born on the same date as her fellow Vixen band member Janet Gardner.

She is a female drummer like Meg White of The White Stripes.

Roxy Petrucci Is A Member Of