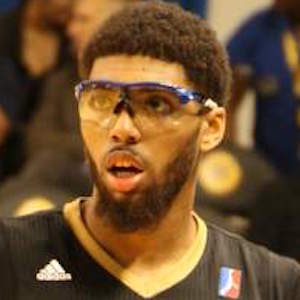 Professional basketball player drafted by the Denver Nuggets in the 2014 NBA Draft before being traded to the Orlando Magic. He was a First-Team All-Big Ten selection with the Iowa Hawkeyes earlier that year.

He averaged 24.5 points per game as a senior at Southfield-Lathrup High School.

He has his father became the first father-son combination to score 1,000 points in the Big Ten conference.

His father, Roy Marble, left the University of Iowa as the all-time leading scorer in school history.

He and Xavier Thames were both taken in the second round of the 2014 NBA Draft.

Roy Devyn Marble Is A Member Of