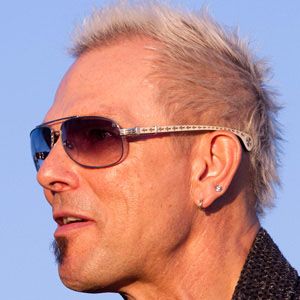 German rock musician and songwriter who founded and played guitar for the Scorpions, a heavy metal band. In 2010 they released Sting in the Tail, which they announced would be their final album.

He founded the Scorpions when he was just seventeen years old and continued playing with and writing for the band for more than forty years.

He is featured in guitar solos in such Scorpions hits as Wind of Change, Still Loving You, Animal Magnetism, and Big City Nights.

His brother, Michael Schenker, started out playing with the Scorpions and later became a member of the band UFO.

Rudolf Schenker Is A Member Of