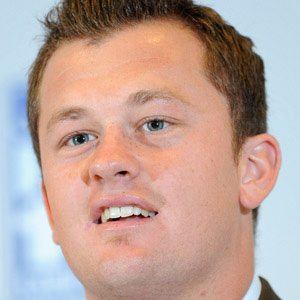 NFL quarterback who joined the Dallas Cowboys in 2009 after being signed as an undrafted free agent.

He was named Offensive Player of the Year by the Los Angeles Daily News in 2003 after he achieved a 14-0 season record at Westlake High School and won the 2003 California Interscholastic Federation Division II championship.

He was born in Westlake Village, California, in 1986.

He was a backup quarterback for the Dallas Cowboys, behind Tony Romo.

Rudy Carpenter Is A Member Of