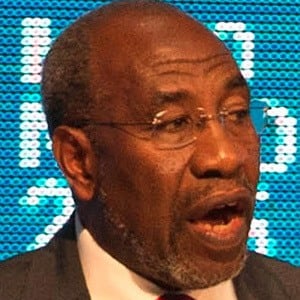 Ugandan politician who is known for having served as the 10th Prime Minister of Uganda. He is also known for his work as a physician and belongs to the National Resistance Movement.

He attended the University of Zambia where he earned his degree in Medicine and Surgery. He then earned his Master of Science from UC Berkeley. He started his political career in 1985 when he met with the leaders of the Ugandan National Resistance Movement.

He is also known for having been appointed in 2009 as Uganda's Permanent Representative to the United Nations.

He married Jocelyn Rugunda and together they have four sons.

He was preceded as Prime Minister of Uganda by fellow politician Amama Mbabazi.

Ruhakana Rugunda Is A Member Of