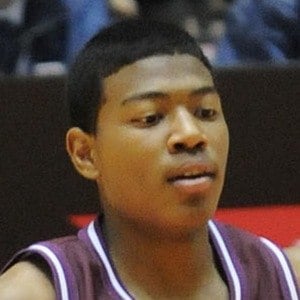 Forward who played for the Gonzaga Bulldogs from 2016 to 2019 and was named the 2019 WCC Player of the Year. Following his junior year at Gonzaga, he became the first Japanese-born basketball player selected in the first round of the NBA Draft when he was taken ninth overall in 2019 by the Washington Wizards.

He played baseball before gravitating towards basketball. He led Meisei High School to victory in the All-Japan High School Tournament in 2015.

He led the Japanese national squad with a team-best 20.6 points and 11.0 rebounds at the 2017 FIBA Under-19 Basketball World Cup.

His mother is Japanese and his father is Beninese.

He was coached by Mark Few at Gonzaga.

Rui Hachimura Is A Member Of