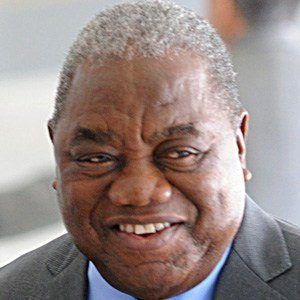 The fourth President of Zambia who held office from 2008 to 2011. He worked hard to rid his country of the corruption that had previously plagued it.

He held his first political position as a Member of Parliament.

He was the Vice President of Zambia for two years before making his run at the presidential office.

He married Thandiwe Banda after the death of his first wife Hope Makulu; he has seven children.

He acted as President in 2008, because of health problems during the end of Levy Mwanawasa 's term.

Rupiah Banda Is A Member Of