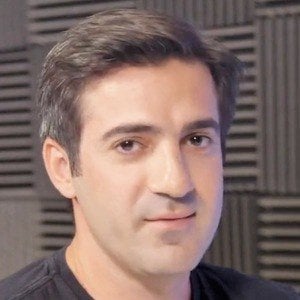 Designer and entrepreneur most well known as one of the co-founders of the video sharing app Vine. He is also the founder of Big Human and Commercial Pop.

In 2006, he graduated from the School of Visual Arts with his bachelor's in graphic design.

Originally from Russia, he later lived in New York City.

He co-founded Vine alongside Dom Hofmann and Colin Kroll.

Rus Yusupov Is A Member Of