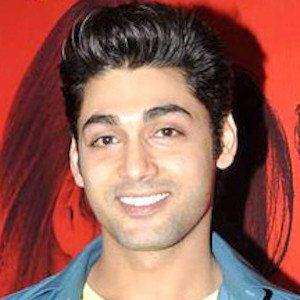 Bollywood actor who made his television debut in 2013 in Kehta Hai Dil Jee Le Zara as the character of Dhruv.

His first Bollywood role was as Rohan in the 2007 film MP3 - Mera Pehla Pehla Pyaar.

He has played roles in the films Dangerous Ishq and I Don't Luv U.

He was born in Mumbai and is the son of actress Anjana Mumtaz.

He is an Indian born, Bollywood actor just like Siddharth Malhotra.

Ruslaan Mumtaz Is A Member Of