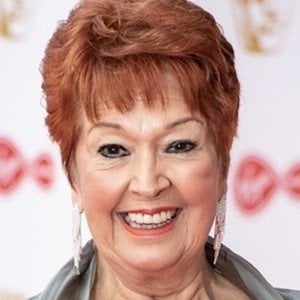 Welsh actress who played the role of Gladys Pugh in the BBC television series Hi-de-Hi! from 1980 until 1988. She was nominated for a BAFTA TV award for the role.

She studied acting at the Royal Academy of Dramatic Art in London.

She was awarded an honorary degree from Swansea University in 2006.

The mother of two children, she was married to Philip Madoc from 1961 until 1981.

She and Lenny Henry both appeared in The Black and White Minstrel Show, a British variety show popular during the late 1950s, 1960s, and 1970s.

Ruth Madoc Is A Member Of