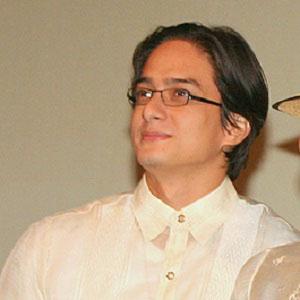 Known for hosting such television shows as Talk TV (on ABS-CBN) and Eat Bulaga! (on the GMA network), this TV personality also had a successful career as an actor, earning a FAMAS Award nomination for his role in a film titled Kasal, Kasali, Kasalo and also appearing in the popular soap opera Krystala.

He began working as a model in his mid-teens and went on to appear in several television commercials before earning a bachelor's degree from De La Salle University in Manila, Philippines. He made his television hosting debut on Mornings at GMA.

He played a major role in the ABS-CBN daytime drama Bituing Walang Ningning.

He and his wife, actress Judy Ann Santos, co-starred in several television series and films, including the shows Ysabella and Krystala and the movie Mr. Housewife. Together they have three children.

Ryan Agoncillo Is A Member Of