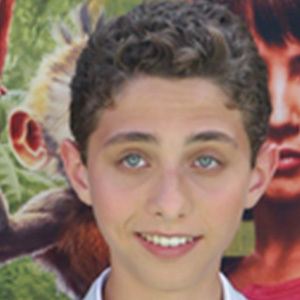 Actor and sketch comedian who joined the reboot of the Nickelodeon show All That. He was previously featured in the series My Dead Ex as the younger version of Ben.

He was eight years old when he began studying improv with The Second City Improvisational Comedy Troupe. He studied with The Groundlings upon moving to Los Angeles.

He was cast in a feature film called Wyrm. He also landed a role in a TV movie called The McCurdys.

He was born and raised in Chicago, Illinois. He moved to Los Angeles, California.

He All That co-star Chinguun Sergelen helped him learn to speak Mongolian.

Ryan Alessi Is A Member Of

All That
My Dead Ex
16 Year Olds
TV Actors