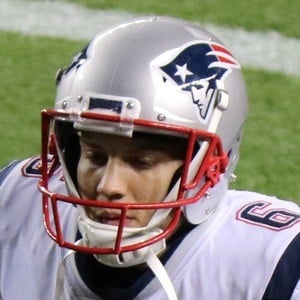 NFL punter who earned a starting role on the New England Patriots in 2013 after a heated preseason competition. He helped the team win Super Bowl XLIX in 2015.

He won all-state honors as both a placekicker and punter at West Salem High School.

He was a 2012 unanimous All-American and the winner consecutive Ray Guy Awards as the NCAA's best punter at Louisiana Tech University.

He and his sister Jessica were born to Mike and Sherry Allen.

He was a unanimous All-American in 2012, which was also the case for Baylor wide receiver Terrance Williams .

Ryan Allen Is A Member Of