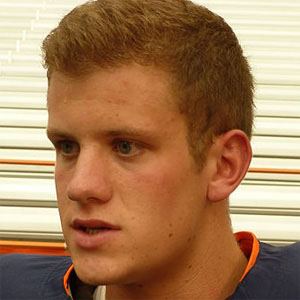 Four-year starter at Syracuse University who was selected by the New York Giants in the fourth round of the 2013 draft.

He was a redshirted his 2008 at Syracuse before earning a starting role as a redshirt freshman in 2009.

He broke Syracuse University records for passing yards and completions on his way to a 2012 First-team All-American selection.

Born to Gil and Mary Nassib, he has four siblings, including NFL defensive end Carl Nassib.

He immediately earned the back-up role to Eli Manning during his 2013 rookie season.

Ryan Nassib Is A Member Of