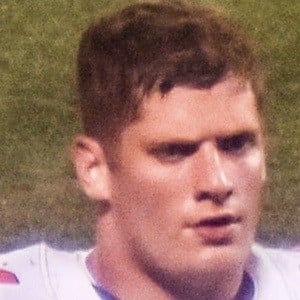 NFL defensive end who was selected by the Cleveland Browns in the third round of the 2016 draft. He played college football at Penn State University.

He enrolled at Penn State in 2011 and walked-on to the football team. He was a second-team All-American as a senior.

He won the Lombardi Award in 2015 after setting the school record with 15.5 sacks. He was a two-time Academic All-American.

He was born to Mary and Gilbert Nassib and has four siblings, including NFL quarterback Ryan Nassib. In 2021, he became the first NFL player to come out as gay.

He and Cody Kessler were both taken by the Browns in the third round of the 2016 NFL Draft.

Carl Nassib Is A Member Of