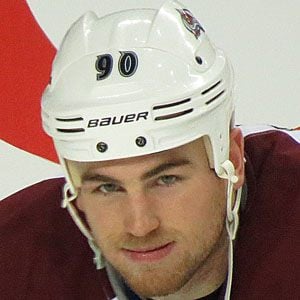 Canadian center who was selected 33rd overall in the 2009 NHL Draft by the Colorado Avalanche. He played for the Buffalo Sabres from 2015 to 2018 before being traded to the St. Louis Blues. He helped the Blues with the 2019 Stanley Cup Championship and received the Conn Smythe as the MVP of the 2019 playoffs.

Before he made his NHL debut, he spent two years in the OHL playing for the Erie Otters.

He had his breakout year with the Avalanche during the 2013-14 season, where he scored 28 goals and tallied 36 assists in 80 games. He received the Lady Byng Memorial Trophy for exemplifying the best sportsmanship in the NHL in 2014.

His older brother Cal O'Reilly also played in the NHL.

He became teammates with Vladimir Tarasenko on the Blues.

Ryan O'Reilly Is A Member Of