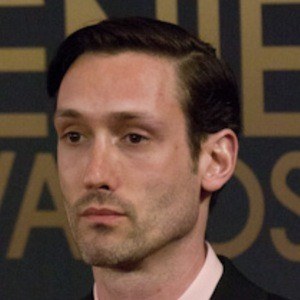 Actor known for his roles in the films Naomi and Ely's No Kiss List and The Preppie Connection.

His first role was in the film Far from Heaven, where he portrayed David Whitaker.

In 2012 he received his BFA from Mason Gross School of Performing Arts.

He was born in Pequannock, New Jersey.

He appeared in Far from Heaven which starred Julianne Moore and Dennis Quaid.

Ryan Ward Is A Member Of