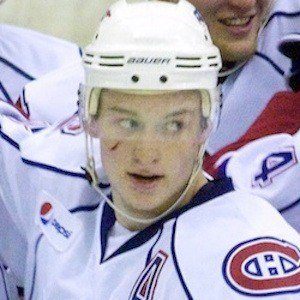 NHL center who carved a niche for himself at the highest level of the sport through his physical play. He appeared in more than 70 games for the first time as a member of the Philadelphia Flyers in 2015-2016 and racked up 208 hits and 101 penalty minutes.

A third round pick of the Montreal Canadiens in 2006, he played two more years in the WHL and two in the AHL before making his NHL debut.

He grew up in Brandon, Canada.

Ryan White Is A Member Of