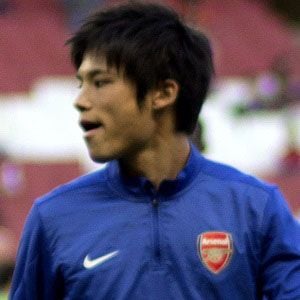 Winger who joined Arsenal in 2011, spending lots of time out on loan with other teams, including Wigan Athletic; he also joined the Japanese national team in 2012.

He was born in Okazaki, Aichi, Japan.

He joined defensive midfielder Makoto Hasebe on the Japanese soccer team in 2012.

Ryo Miyaichi Is A Member Of