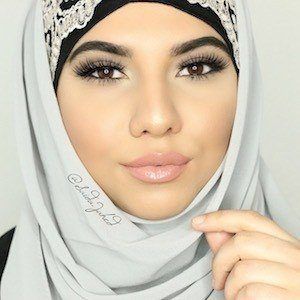 Beauty and lifestyle influencer known both for her Instagram where she has more than 70,000 followers and her self-titled YouTube channel which has earned more than 10,000 subscribers through makeup and style tutorials.

In March 2016, she launched her YouTube channel with the debut video "Hijab Tutorial."

One of her most popular YouTube videos is the November 2016 video titled "XXXXXXXL DM HAUL l NYX COSMETICS."

Her sister, Hamida, is also a beauty YouTuber.

Both she and Maren Merkel are popular German beauty gurus.

Saida Jahed Is A Member Of