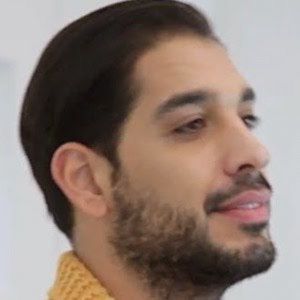 British-Iraqi singer and songwriter whose music is written in hopes of empowering and engaging with the Muslim community through the strength of Islam. He released a debut album called Heart with a debut single called "Believe."

He is self-taught as a guitarist and cajon drum player and received his first guitar as a gift when he was a child.

He was signed as a recording artist to The Light Records.

He was raised in a traditional Muslim family.

He has collaborated with Ed Sheeran, N-Dubz and Tulisa Contostavlos.

Saif Adam Is A Member Of