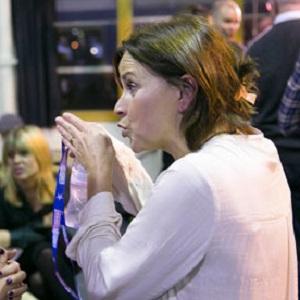 Singer and actress who rose to fame after representing the United Kingdom in two editions of the Eurovision Song Contest in the early 80's. She later went on to star on British TV shows like EastEnders and Down to Earth.

She first gained notoriety as the lead singer of the band Prima Donna, who finished third at the 1980 Eurovision Song Contest.

After performing at the Eurovision Song Contest in 1982 as part of the duo Bardo, she became the first person in the history of the contest to represent the U.K. on two separate occasions.

One of her sons is Max Milner, who made a name for himself on the U.K. talent show The Voice in 2012.

She starred alongside Englishman Brian Conley in the stage production of Jolson The Musical at the Victoria Palace Theatre.

Sally Ann Triplett Is A Member Of