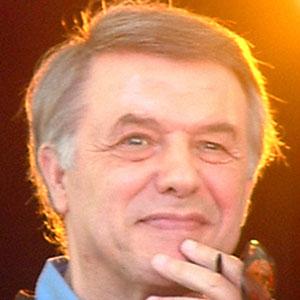 Famous for such hit 1960s singles as "Tombe La Neige," "La Nuit," "Inch'Allah," and "Petit Bonheur," this popular vocalist and songwriter recorded music in the French, Spanish, German, and Italian languages. By the second decade of the 21st Century, his album sales had neared 100 million.

He appeared in the 1967 film Les Arnaud.

Though he was born in Sicily, he grew up primarily in Belgium. One of his six siblings, Delizia Adamo, also had a career as a singer.

Salvatore Adamo Is A Member Of